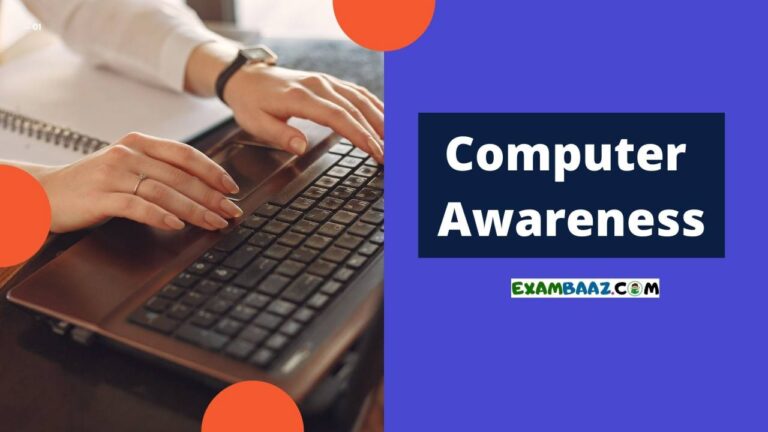 MP CPCT Score Card is mandatory for most of the MP Government jobs recruitment such as Grade, Steno, Data Entry Operator, and IT Operator posts.  The candidate must qualify for the CPCT Test if they want to Appy for these jobs. In This article, we are sharing the Most Repetitive Computer Awareness Questions for MP CPCT exam 2021.

Note: Madhya Pradesh state government has decided to extend the validity of the MP CPCT Score Card to 7 years.

Here are providing you with a question set based on the types and patterns of questions asked in the Computer Knowledge section in MP CPCT previous years exams.

Which of the following is the processing unit of the computer?

A modern computer consists of at least one processing element called the Central Processing Unit or CPU.

Modern computers follow a generalized set of instructions to perform any function. What are these instructions better known as?

Computers follow a generalized set of instructions to perform various functions. These are known as programs. These let the computers to perform a huge range of tasks.

News websites deliver customized ‘feeds’ of content to their readers via RSS, which stands for :

Real Simple Syndication (RSS) is the term used to refer the collection of Web feed formats. They provide updated or shared information in a standardized way. They deliver customized ‘feeds’ to the customers.

How many banks are promoting the National Payments Corporation of India (NPCI)?

The National Payments Corporation of India is an umbrella organization for operating retail payments and settlement systems in India. It is promoted by 10 banks.

The DAWN Dynamic Ad-hoc Wireless Networks project is developing a general theory of complex and dynamic wireless communication networks. It comes under 5G.

Which among the following is the time period during which a computer is malfunctioning or not operating correctly due to machine failures?

Answer: A [Down time]

Downtime is the time period when a system is unavailable. Downtime or outage duration refers to a period of time that a system fails to perform its primary function.

Which of the following components of Personal Computer maintains date and time of the system?

CMOS RAM is a volatile, low-power complementary metal-oxide-semiconductor. It is alternatively referred to as Real-Time Clock.

Which of the following is the data storage device that is used to store very high-resolution video formats?

Blu-ray is a digital optical disc. It is capable of storing several hours of video in high-definition and ultra-high-definition resolution. The name “Blu-ray” refers to the blue laser which is used to read the disc.

Which of the following has the shell as an exclusive feature?

Unix is a family of multitasking, multiuser computer operating systems. The main features of UNIX include multitasking and portability capabilities.

What is the full form of NIC?

[D] All of the Above

NIC stands for Network Interface Card. It is used to connect the computer to the external network. It will normally have a PCI connector to connect to one of the PC expansion slots.

Which of the following device is used to convert the native data into a signal?

As data cannot be sent in its native form, it is necessary to convert it into a signal. This is performed with the help of a transmitter such as a modem.