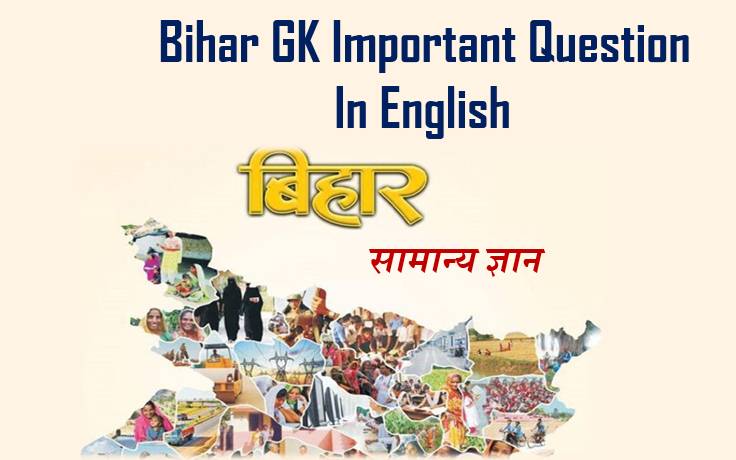 1. Who was the first chairman of the Bihar Public Service Commission?

2. Where are Kakolat Waterfalls located?

3.Where is the Badi Parvati Devi Temple, one of the 51 Shaktipeeths of Goddess Durga located?

4. Where is Buddha Memorial Park built?

5. Where is Ghodakatora lake situated?

6. On which tree is the Laccifer lacca insect found?

7. How many tourist circuits have been recognized by the Bihar Tourism Ministry?

8. What has the Greek traveler ‘Magasthenese’ referred to Patliputra as in his book ‘Indica’?

9. Which site of Bihar has been recently included in UNESCO’s World Heritage Sites?

10. Where is the 400-year-old Chaitnya Mahaprabhu Temple located?

11. Who was the founder of the Bihar School of Yoga (Munger)?

12. Where is the Khanqah built by Hazrat Makhdum Shah in the 13th century located?

13. When was the Bihar Public Grievance Redressal Act- 2015 implemented?

14. Where is Kesariya, the site where Bhuddha’s pillar was found in the excavation, located?

16. Where is the tomb of Malik Ibrahim Bayan?

17. What is the total length of National Highways in Bihar?

18. The red sandstones used in building the Royal Palace in Mauryan era were from which place?

19. During the rule of which Karnat king was the register management developed?

20. Where is Mundeshwari Temple located?

21. When were Begusarai, Munger, Purnea, and Katihar awarded municipal corporation?

22. Where is Kanwar Lake located?

24. Where is the Shiva temple of Koteshwar Nath situated?

26. Which place is known as the silk city of Bihar?

27 Where is Nakti Lake situated?

29.In which inscription has Ashoka mentioned the causality of the Kalinga war?

30. Which Sikh guru was born in Patna?

31. How many national parks are there in Bihar?

32. When was the student tree plantation scheme launched in Bihar?

33. In which financial year the Bihar government started the Bihar Homeland Scheme?

34. Where is the Buddha Samyak Darshan Sangrahalaya located?

35. What is the rank of Bihar based on the total area?

36. According to which scholar the main reason behind the battle of Kalinga was to acquire the region of elephants?

37. Where is Udaypur Lake situated in Bihar?

38. Under whose leadership the Bihar Youth Association was formed in the Bihar student conference?

39. Who built the Birla Mandir, Patna?

40. The insect is reared on the leaves of the Arjun tree for which kind of silk production?

41. Under which scheme a sewerage treatment plant and advanced water treatment network will be set up in Bihar?

42. After which battle, Lord Clive and Mughal Emperor Shah Alam- II signed a treaty on 12th August 1765 in Allahabad which gave the Diwani rights to the company in Bihar, Bengal, and Orissa?

43. Sulphur is extracted from which mineral?

45. Where in Patna the remains of the Royal Palace of Mauryan era have been found?

47. Which artist’s painting have been exhibited in Japan?

48. Which fish has been named the state fish?

50. Which Maithili author received the Sahitya Academy Award for his first book in the year 2000?